How A Contract Dispute Lawyer In Edmonton Can Help You 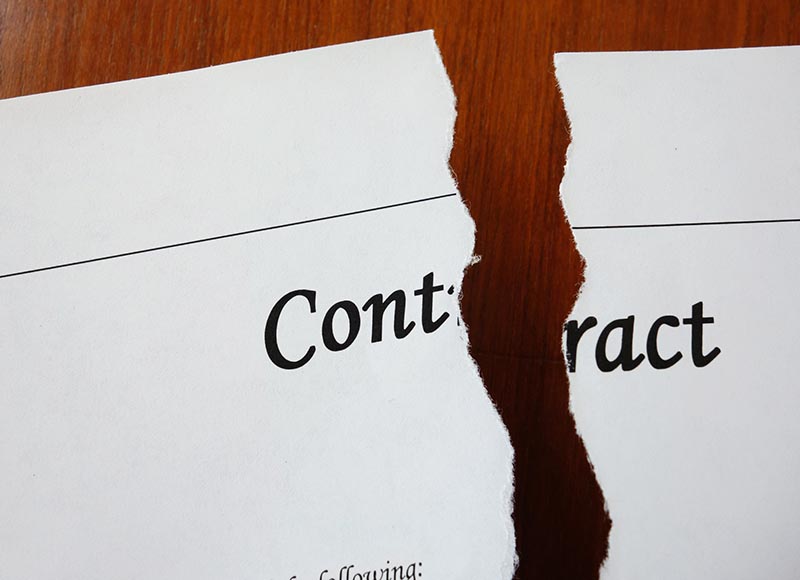 Around 50% of all businesses end up being sued at some point during any year, and only 10% get away with never being sued at all. That means that the chances are high you will be sued by someone, whether you're at fault or not. If you deal with a lot of other vendors, contractors, or third parties in Edmonton, you might find yourself in need of a contract dispute lawyer.

Contract dispute lawyers can clear up issues when two business partners end up in conflict. They can deal with delivery disputes or issues of fair dealing between contracted employees and employers.

Whatever your reasons for writing up a contract, you should have an experienced contract lawyer's number on hand in case things go south. If you're new to this kind of dispute, here are 9 ways that a contract dispute lawyer can be a blessing to your business.

Even if you hired a lawyer to write up your standard contract, you might not understand everything that it says. If you're not a trained dentist, you shouldn't practice dentistry on yourself when you have an issue. Experienced lawyers will often hire another lawyer to represent them in court.

This is because every industry and every area of law has its own specificities that can take years to master and understand. Even if you think you've got an airtight case, you might not be able to manage it all on your own. A contract dispute lawyer and their team will be able to juggle everything so that you don't have to.

If you've got a new business or if you're on the ropes financially, getting hit by a lawsuit you can't defend can make life a struggle. Hiring a contract dispute lawyer will ensure that your business can continue uninterrupted while you iron things out.

Hiring a lawyer is a big investment for a small business, but with the time and money that can be saved, it can be worth it.

2. Going Without A Lawyer Can Be Expensive

Depending on the severity of the dispute, you could be facing huge fines or even a criminal issue. If you are being accused of some kind of negligence, you could face time behind bars.

At the very least, you could be facing a huge fine that could stifle your business if you lose. Your contract dispute lawyer will make sure that you don't lose a dime in this case.

Depending on the lawyer that you hire, you might be able to hire a lawyer who only charges you if you win. This can save you the costs of hiring a lawyer by the hour.

If the suit is completely unwarranted, your lawyer could even help you pay for their time. A great contract dispute lawyer could help you put together a countersuit to cover the costs of hiring your own lawyer.

If your case is looking pretty tough, you might think one piece of evidence can bury you. Without a lawyer, even the weakest contract could put you in the position where you're facing massive losses. A contract dispute lawyer knows how to challenge any evidence used against you.

Perhaps the evidence was obtained illegally. Perhaps there is language in your contract that is being misinterpreted. Maybe the conditions of the contract were never met, making it null and void.

No matter what kind of evidence the accusers try to throw your way, you could slip out of their traps with a good contract dispute lawyer. If you're being accused of violating a shareholders agreement, get to know what kind of defense you could mount.

If you've never dealt with a lawsuit before, you could be facing all kinds of procedures and forms that you've never heard of before. Every municipality has different requirements, but you can bet there will be a whole lot of paperwork involved.

For anyone who isn't a lawyer, the kind of deadlines and order of operations involved with a lawsuit can feel like a labyrinth. There's a protocol for every type of form and there is a standard procedure expected with any kind of filing.

Hiring a contract dispute lawyer means you won't be standing at the clerk's office dumbfounded by documents that make no sense to you.

If you file a response a day late, there's no turning back. You could spoil your chances to make your case, just by filing the wrong format the wrong time.

5. Know How To Handle Witnesses

Expert witnesses can help argue on behalf of a defendant. They are kept on the payrolls of law firms because they often have the reliable knowledge and credentials respected in a court. They can be the deciding factor in winning a case.

Lawyers know the limits of their knowledge and that's when they'll rely on a witness. Your contract dispute lawyer is a lawyer like any other.

They'll certainly know lots of people who can help strengthen your case and make sure to challenge any testimony from the opposing party. Hiring a contract lawyer means you'll have the best players sitting on your bench.

Most people don't know how to plead or how to settle. When you agree to something, whether you think the evidence points to your guilt or not, you could be making a decision that follows you for years.

Your contract dispute lawyer will be able to talk to you frankly about what you have or haven't done. They'll comb through the contract looking for issues or inconsistencies.

If you're offered some kind of request from the party that brought the lawsuit, slow down. The offer could be a lot more than you intended to pay, with the hope that you'll do anything to avoid a court case.

Your lawyer knows what all of this means and they'll make sure you don't make any wrong decisions.

7. They Can Help In Advance

If you haven't ended up in any kind of dispute yet, that doesn't mean you shouldn't hire a contract lawyer.

As a little bit of prevention is a lot more valuable than treatment when a problem arises, a strong contract dispute lawyer will keep you out of trouble. They can look at any contracts you're drafting before you have anyone else sign with them.

One of the problems with running a small business is that you risk being surrounded by "yes men" on your staff. Staffers might not point out issues when they see them in your contract. They might not even have the education necessary to know what to look for.

Hiring a dispute lawyer while you're drafting your standard contracts is a good idea if your company will be writing contracts of any kind.

Are you worried about whether or not the person who filed the dispute against you will have a lawyer? You can be almost completely guaranteed that they've got adequate legal representation. Knowing that they could be suing a business who has a lot of resources, many people will come to the table with a lawyer.

Even if you're just in the process of signing a contract for the first time, the other party will probably bring a lawyer. You'll see that they'll have their lawyer look over the contract and scrutinize it. If your contractor is being strongly urged to sign something immediately, you can guarantee that it's not strong enough to protect you.

Go into any negotiation with your own team of lawyers. Given that every aspect of the law is complicated, simplify things for yourself and everyone around you by hiring a lawyer for this venture.

9. Get Help Without Breaking The Bank

One of the most common standard practices among lawyers of many types is their offer of a free consultation.

Consultations offer a lot of positives. You'll be able to get to know if you have a good dynamic with your potential lawyer. You'll get a chance to ask how much they know about dealing with contract negotiations.

You'll even get to know what kinds of people they work with.

Ask about their pool of expert witnesses and what kind of staff they offer. See if they'll work on your case on a contingency fee. See what kinds of expenses are also tied up with that number.

If it all sounds good to you, hire a dispute lawyer today. Before you sign another piece of paper as a business owner, make sure you've got someone in your corner.

A Contract Dispute Lawyer In Edmonton Can Work Wonders

Hiring your own lawyer will strengthen your business not only because they'll want to see and edit your contracts, but also because you'll build a good reputation. Showing up to court with a lawyer on hand, prepared to take on your case, can be massively intimidating to prosecutors.

If you're ready to find the right dispute lawyer for your case, contact us today.