Your Complete Guide to Child Custody in Canada 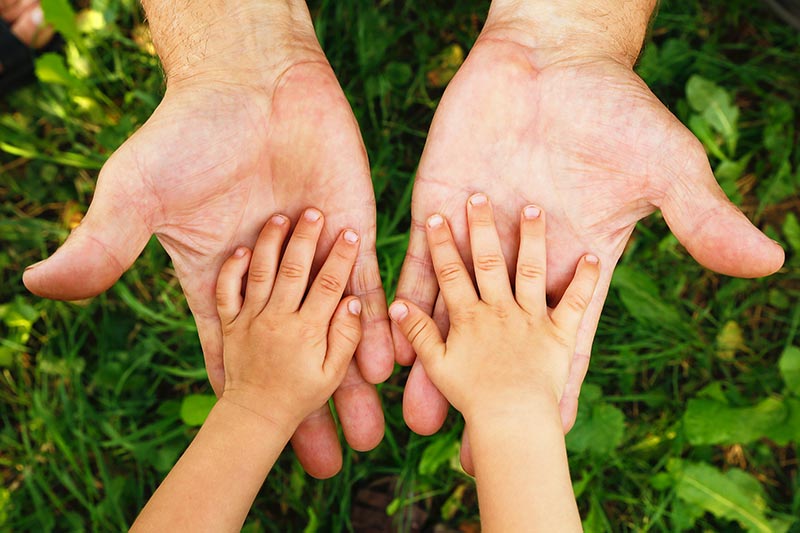 For most, divorce is the last thing on their radar. But if you have children, you need to consider what's in their best interest.

And if you want the situation to turn out in your favour, it's best to plan ahead. The average three-day case can cost at least $60,738, and most custody trials go on for at least five to eight days.

Here, we're breaking down everything you need to know about child custody, from the types of custody to factors that affect a decision.

What is Child Custody?

But first, the basics: what is child custody?

Child custody refers simply to the care, control, and maintenance of a child. Most of the time, biological parents have the legal right to make decisions about their child's welfare without question, including their residence, education, religious upbringing, etc.

Usually, parents are not required to obtain this legal right, especially if they are married to each other and are both listed on the child's birth certificate.

Keep in mind, though, that there are several different types of child custody. These include:

Each of these is a subset within physical and legal custody and is determined based on the family situation in question.

Legal custody, on the other hand, refers to the legal authority to make decisions in the child's life, such as education, healthcare, religion, and other concerns.

It is quite possible (common, even) to have one but not the other--parents might share legal custody but not physical custody. In other words, you could have a situation where both parents have legal input but the child only lives with one parent.

With that in mind, let's talk about the different types of custody.

Sole custody is a term you've probably heard tossed around on TV--usually, one character is demanding that the other grant full or sole custody of their kids.

If a parent has sole custody, the child lives with that parent permanently. That parent also has the right to make all important decisions about the child, regardless of whether the other parent disagrees.

The other parent may still have access rights, though this is at the discretion of the parent with sole custody.

If sole custody means one parent gets 100% control, then joint custody is a 50/50 split.

Joint custody is a relatively common arrangement in which parents share equal responsibility for the child's welfare. This means they must work together to agree on schedules, decisions, and other shared responsibilities.

Usually, a rotating visiting schedule is created between parents in which the child shares time between the two parents equally.

Then, there's shared custody, which is similar but not quite the same thing.

Like joint custody, parents with shared custody care for and house their children for roughly equal amounts of time. Important decisions may or may not be shared, but if decision-making is shared, the parents will have to agree on a schedule for visitation.

If they cannot agree, a judge may step in to determine a visitation schedule and the division of parental rights.

Shared custody is preferable over joint custody if:

In these scenarios, a 50/50 split provided by joint custody is impractical. Depending on the division created in a shared custody arrangement, child support may be calculated differently.

Finally, there's split custody, which is another variant of joint custody.

Basically, split custody is an arrangement in which custody is split between parents. So, if a family has two children, one child may reside with the mother and the other resides with the father.

Sometimes, this means that the children live permanently with their respective parent. Other times, children may rotate living with each parent in equal amounts.

In such arrangements, parents may still share legal custody, but each parent must have physical custody of at least one child. Either way, both parents must agree on split custody, and they must prove to the court that split custody is in the best interest of their children.

However, it is one of the least common custody arrangements, and courts may not grant split custody over joint custody even if both parents agree that split custody is the best choice.

Canadian courts also have parens patriae jurisdiction. This means that the state has the power and authority to protect those who cannot act on their own behalf. In family law, this means Canadian courts can take necessary action to protect children.

This is best explained in an example.

In one case, Johnson v. Athimootil, a court in Ontario accepted jurisdiction over children in Saudi Arabia who previously lived in Toronto, moved to Saudi Arabia, and whose mother returned to Toronto with only one child and had not seen them since.

How is Child Custody Determined?

Now that you understand the various types of child custody, let's talk about how child custody is determined.

There are a few factors that collectively determine the outcome of child custody decisions in Canada. Above any other factor, the court will always consider the best interests of the children first.

They will, however, take other factors into consideration when determining what the best interests of the children are. This includes:

Most of the time, courts prefer to keep siblings together (which is why split custody arrangements are so unusual). However, under some circumstances, the court may consider it necessary to separate the children.

The court will put the best interests of the children above all else when under the age of 18. However, once a child turns 12, their wishes to live with one parent or another is usually respected by the courts.

The past behaviour of a parent will not be taken under consideration in a custody decision.

However, if there are extenuating circumstances which directly reflect on the person's ability to act as a parent, the court will consider them This includes things like substance abuse or allegations of abuse or neglect. Adultery and other marital offences are not sufficient to deny custody.

So, who is ultimately responsible for deciding who gets custody of your kids?

The decision-making power comes from one of two places:

Keep in mind, though, that if parents reach a decision outside of court that both can accept and such an agreement has been put in writing, the court generally won't interfere. This is preferable, as it's far less expensive and disruptive.

However, if parents cannot reach a decision, they may have to ask a court to step in and mediate for them. In making their decisions, courts will consider the Divorce Act, the Family Law Act, the Children's Law Reform Act, and precedents set in other cases.

However, as we said, the court will always consider the best interests of the child first.

However, even with all of these possible considerations, there are three factors that courts usually favour:

For example, as a rule, courts prefer to grant custody to whichever parent was the primary caregiver before the divorce. This is usually the mother, but it can be the father or even a grandparent.

They will also consider how much time each parent can devote to the children (whether or not a parent works, what their work schedule looks like) relative to their capacity to financially and emotionally support the child.

Part of the court's decision has to do with child support, as child support is often determined by the custody decision.

In any custody decision that is some variant of joint custody, especially shared custody situations, a judge will endeavour to set child support amounts to ensure that children in a similar situation are treated the same.

Now, there are a variety of factors that will determine a child support decision. Our examples will assume the court is making the decision.

First, a court will determine whether the shared custody rule applies. They will primarily consider cost or time as deciding factors.

For example, under child support guidelines, a parent must exercise access to or have physical custody of a child for 40% or more of the time in a year. However, there are several arguments against this rule.

Once you know all the mitigating factors and the types of child custody available to you, you need to figure out what custody arrangement is best for your children.

You have one of two options: going to court, or working it out outside of court.

In theory, going to court makes it easier, since you argue your case and the decision is taken out of your hands.

In practice, going to court makes everything harder.

Aside from the financial strain that results from a trial, taking your case to court takes a huge emotional toll on your family. Going to court is a valid option if you just cannot agree, but if you can find a way to reach an agreement outside of court, it makes the whole divorce much easier.

Without Going to Court

Outside of court, you have several options to figure out child custody.

One of the main people who can help you through your divorce is a family or divorce lawyer. They can help guide you through the entire process and help ensure the best possible outcome.

In addition, you may also consider working with a family mediator or a therapist. Divorce is a stressful time, especially for kids, and you want your children to feel secure going into this new phase of life.

The Family Lawyer You Need

Central to ensuring a smooth child custody process is a great family lawyer. That's where we come in.

Whether you've lived in Canada for your entire life or you're brand new to this country, we're here to help you make sense of the legal system. Our family lawyers understand and empathize with clients and provide a realistic assessment of your situation.

We have many testimonials that speak to our clients' satisfaction with our services.

If you need to speak with a lawyer, use our contact page to get in touch.