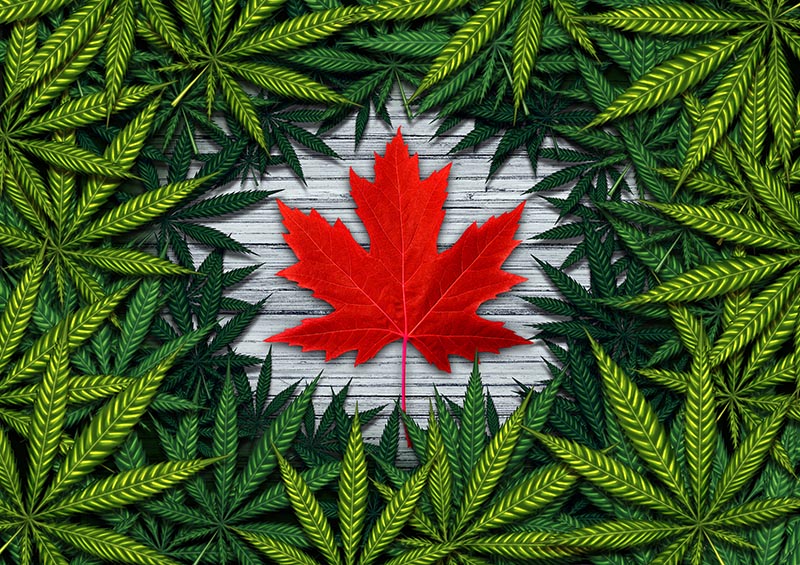 On October 17, 2018, marijuana became legalized for recreational use in Canada. This presented unique challenges in preparation for the new laws to take effect. Know the Rules!

In contrast to Canada’s new cannabis laws, the U.S. federal government still maintains its stance that marijuana is illegal. Many states have worked around this to allow medical or recreational use for adults of age 21 or older, but overall, the United States is losing out on the tax dollars regulation would bring. Canada’s more progressive approach allows online ordering, inter-province shipping, mail delivery, and billions of dollars in investments. We are the largest country to have legalized and regulated marijuana. But there are still issues that must be addressed and they may affect you.

The first wave of legal pot shops offers dried flowers, capsules, seeds, and tincture. The second wave, expected next year, will include foods infused with marijuana (edibles). Provinces are currently overseeing the distribution of cannabis. Many are purchasing and storing it for shipment to province stores and Internet shops. Others are supervising growers as they ship directly to privately-owned businesses.

So, What’s the Problem?

People are already worried about a shortage of legal marijuana available for sale during these first few months. Not knowing if the Cannabis Act would pass, growers did not begin projects that could have cost tens of millions of dollars… or more. New facility builds and expansions are still being completed. This potential shortage could lead to a boom in illegal sales—exactly what this new legislation was trying to stop.

Legalization of the drug may lead to an increased number of DUI drivers. Canada recently overhauled the laws for driving while impaired to include allowing roadside tests for THC, the psychoactive ingredient in marijuana. Roadside testing may or may not be accurate. There is not enough evidence to determine how long THC stays in the system. If you’ve been stopped and tested positive for THC, call 587-410-2500 and talk to one of our lawyers about a defense.

What You Need to Know

Canada’s federal system has legalized marijuana consumption, but the provinces each have their own regulations. While growing up to four plants in a residence is considered legal by legislation, in Quebec and Manitoba it is banned.

Canadians crossing the border will likely be subjected to questions from U.S. border control guards regarding drug use. The border is policed by federal law which prohibits possession, distribution, sale, and production of cannabis. You could be denied entry, detained, or even banned from ever crossing the border if you admit to cannabis use. It’s a catch-22 for Canadians. Lie about ever trying cannabis and, if you don’t get caught, be admitted to the U.S (unless they don’t believe you). Or be truthful about smoking cannabis and risk being denied entry for that day or forever. Refusal to answer can result in being barred from the U.S. for life. NEXUS card holders for commuting across the border who admit to using marijuana will lose their cards. There is one way to work around a lifetime ban on entry into the U.S. Your lawyer can assist you in applying for a waiver to allow you to enter the U.S. for up to five years. Ask us about it.

Many U.S. states that share a border with Canada have adopted legislation to legalize marijuana. This muddies the waters even more with state/federal laws in opposition. You may be charged with possession or drug smuggling at border crossings even though the state you are entering has legalized cannabis. This may incur high fines and/or jail time.

If you have been detained, denied entry to, or barred from entry into the U.S. due to cannabis use, consult with one of the lawyers at Verhaeghe Law Office 587-410-2500 to discuss your options.