Complete Guide: When and How to Get Full Custody of Your Child

When and How to Get Full Custody of Your Child 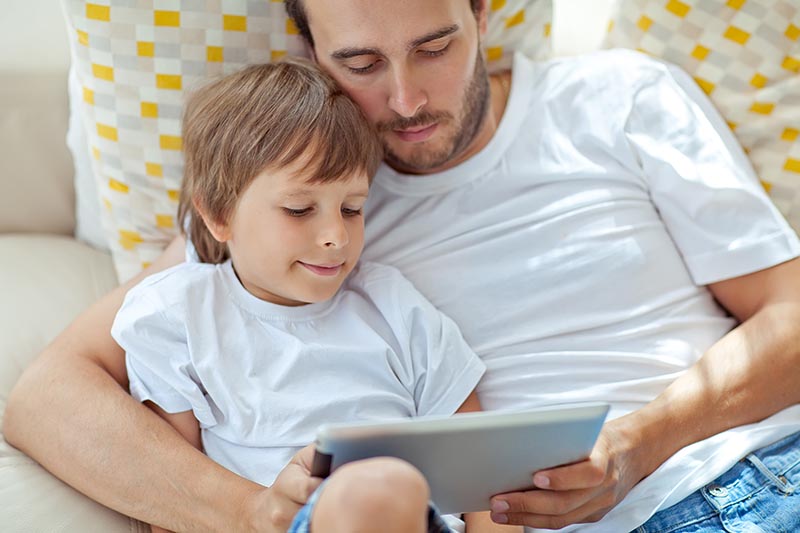 In some situations, getting full custody of your child is in their best interest. Find out how to get full custody and when you absolutely need it.

Divorce, separation, and break up. These mark some of the most challenging experiences families ever endure.

The decisions involved in the dissolution of a couple feel heart wrenching and painful. They have repercussions long after custody papers are finalized.

Exploring how to get full custody may prove necessary. But it should only be considered after careful reflection.

Divorce, separation, or a break up dismantle lives and families. Heightened emotions can lead former partners to make tragic choices. They may act out of fear, anger, or disappointment.

But getting full custody may be the only way to secure your child's safety and security. Read on to find out more about how to get full custody of a child and why it's sometimes necessary.

In the Best Interests of the Child

Canada's family judges prefer joint custody arrangements with both parents involved in raising a child. Final determinations vary by court. But judges will attempt to rule in the best interests of the child.

Separation and divorce are traumatic events for a child. No one knows this better than family judges.

Parents seeking full custody must prove that other custody arrangements would negatively impact the child. This can prove a challenging endeavor. Before exploring how to get full custody further, let's briefly explore available custody options.

Most people are familiar with physical custody, which refers to a parent's right to live with their child. When a child will be spending significant time living with both parents, some courts award joint custody.

But in situations where parents live too far apart, courts award sole physical custody to one parent. Sole custody is meant to spare children the strain of too much traveling.

When one parent has sole physical custody, the child spends every day living with that parent. They only see the other parent for visits.

Legal custody refers to the legal authority to make major decisions for a child. These decisions include choices about medicine, religion, and schooling.

When one parent has legal custody, they have the power to make unilateral decisions. They choose how the child will be brought up without input from the other parent.

Family judges feel most comfortable awarding joint legal custody to divorcing parents. Again, family judges base their decisions on what's in the best interests of a child. Having both parents involved in important decisions related to a child usually proves optimal.

Sole custody is also known as full custody. Where joint physical and legal custody would prove detrimental to a child, a judge may award sole custody.

For parents interested in how to get full custody of their child, be prepared for a difficult legal battle. Family courts prefer that parents share custody of a child.

To be awarded sole custody, a parent must show that their former partner is unfit to parent. This can be due to one of the following reasons:

Joint custody arrangements can refer to physical custody, legal custody, or both. Joint custody involves parents sharing the responsibility of housing a child. The same goes for joint legal custody where both parents have input into choices regarding their child's future.

Joint custody arrangements aren't just for divorcing parents. They are also arranged for couples who are separated, no longer living together or those who never lived together.

Couples who share joint physical custody work out visitation schedules. They do this based on each parents' housing situation, work responsibilities, and child's needs.

In situations where couples can't nail down a schedule, the court will intervene imposing an arrangement. These arrangements generally involve alternating weeks with each parent.

But they can also encompass longer time periods such as alternating months or longer. In some instances, a child spends weekdays with one parent and weekends and holidays with the other.

In rare instances, children may stay in the same home all the time. In this case, parents take turns living in. Parents must secure private housing outside of their scheduled time with their child. This arrangement is called "nesting" or "bird's nest custody."

Advantages and Disadvantages of Joint Custody

Canada's family judges believe that joint custody arrangements are generally in the best interests of the child. They believe a child needs exposure to both parents.

So, advantages of joint custody include the child staying in regular contact with both parents. The arrangement also allows parents to share responsibility for the child.

Among joint custody's disadvantages, it involves moving a child back and forth. Maintaining two homes for a child can be cost-prohibitive for some. When one parent (or both) is noncooperative, a joint custody arrangement can negatively impact a child.

Despite these disadvantages, family courts have moved away from sole custody. They generally accept the importance of carving out more of a role for each parent in a child's life. Even when sole physical custody is awarded, courts shy away from sole legal custody.

So, joint custody of one sort or another tends to be the norm in Canada's family court system. But there are situations that override this. Sometimes, it may be in a child's best interests for one parent to seek out how to get full custody.

Factors for Getting Full Custody

When a former couple is in the midst of a divorce or a break-up, emotions run high. It can be easy to act out of animosity, anger, or vengeance. This can extend into custody arrangements.

But former couples need to move past these emotions. They should try to make a joint custody agreement work.

One parent should never attempt to gain sole custody for selfish reasons. It shouldn't be pursued out of spite or wishing to avoid an ex.

In parenting arrangements, it is the child's best interests, not those of either parent, that need to be put first. But situations arise where one parent proves negligent, unfit, or abusive.

In these situations, learning how to get full custody of the child proves necessary for the child's wellbeing. Seek family court assistance as soon as possible if you suspect this is your situation.

When a Parent Should Seek Sole Custody

In extreme circumstances, where a child faces real harm from one parent, the other parent should seek sole custody. Seeking full custody, then, should be reserved as a means of protecting a child from endangerment.

What are some circumstances where one parent should seek sole custody? What do you need to know about how to get full custody? Read on.

A clear and present danger exists when one parent has a history of domestic violence or sexual abuse. The danger increases if they have acted out on the child or other children. In such cases, a child should be removed from the potential of real physical harm.

When one parent suffers from serious mental illness, removing a child from their custody may prove best for the child. This means the parent exhibits signs of irrational, unpredictable behavior and mental instability. This would include situations where one parent expresses suicidal thoughts or exhibits such behaviors.

Other Reasons Sole Custody Gets Granted

Another obvious reason for granting sole custody is when one parent is in prison. Because of the parent's incarceration, they prove unable to provide care or lodging for a child.

Under such conditions, seeking sole custody will likely be in the best interests of the child. Then, in future, the formerly imprisoned parent may be offered visitation if no harm will come to the child.

Some parents drop off the radar in the early stages of a child's life. They may be absent for years suddenly re-emerging to take custody of a child that they don't even know. When one parent has shown little or no interest in a child, the other parent should ascertain how to get full custody.

Relocation can present another such situation. When one parent decides to move out of the province, territory, or country, joint custody gets difficult. This may create a situation where sole custody is awarded to the one parent.

It's important to understand how family court works and what to expect. Judges will consider a variety of factors while making a custody decision. They will look at:

Provinces and territories can vary widely on child custody legal matters. Read up on what the laws where you're seeking custody say about how to get full custody. The chances of getting full custody vary widely by location and situation.

Under the best circumstances, you and your ex-partner may be able to hash out a full custody agreement. If you can agree upon a sole custody arrangement, do so.

Then, present your arrangement to a judge. Typically, judges will approve these.

When one parent is noncooperative and refuses to come to court, the path for how to get full custody gets easier. When one parent neglects to be involved in family court and does not protest the custody, they show disinterest. A judge is more likely to side with the parent suing for full custody.

If you and your ex can't agree, then you'll face a long, uphill battle. You will have to prove to the court that your ex-partner represents a serious threat to your child. This can be challenging and difficult.

Despite gaining full custody of a child, you will still have to allow your ex visitation. If you feel that visitation could pose a threat to your child, ask the court for supervised visits.

But extreme risks to the wellbeing of the child must exist and be proven to a judge. Otherwise, family court will not deny access of a parent to their child.

How to Get Full Custody

Here's the takeaway. When it comes to how to get full custody, a parent must prove it's in the best interests of the child.

Situations which might urge a judge to rule for full custody include:

So, how to get full custody of your child? You'll need to show the court that you respect its decisions and that you desire to cooperate with your ex.

We're here to provide you with the legal resources that you need. Contact us today to learn more about how to get full custody.