What's the Difference Between Uncontested and Contested Divorce in Canada? 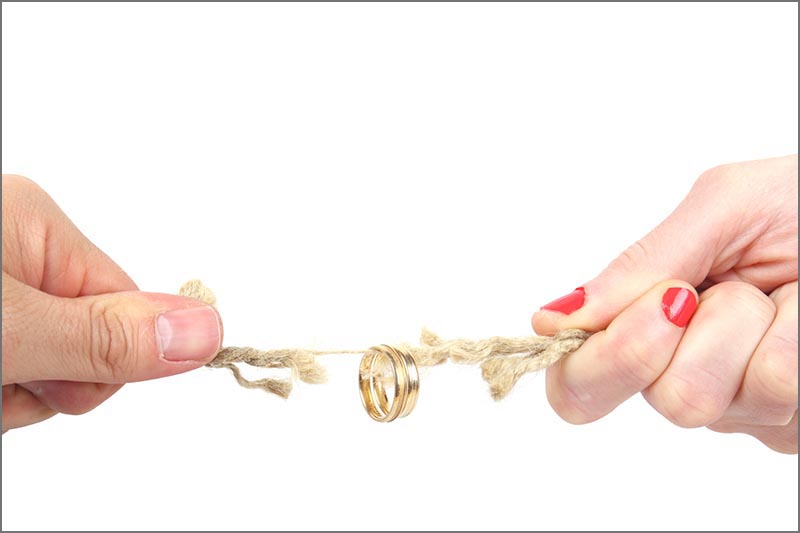 Divorce is known as the legal process to end a marriage. It can be done by mutual consent or one party filing for divorce. There are many reasons people file for divorce, but the most common are lack of sex, financial issues, or abuse.

The short answer is that they're very common because many people have them, and it's not as emotionally damaging as it used to be. The most common reason for divorce is adultery. But, there are several other reasons too. Reasons like infidelity, incompatibility, and irreconcilable differences are some of the reasons for a divorce. You also have the option of making a contested or uncontested device.

What is an uncontested divorce?

An uncontested divorce is a legal term that describes a divorce that doesn't require the other spouse to ask for it or initiate it.

An uncontested divorce can happen if all of these factors are true:

What is a contested divorced?

The term contested divorce implies a legal battle that can take long and is difficult to settle. It can be a costly process as well. Contested divorces have been going on for a long time and have had many issues between the two parties. They often have some kind of dispute due to financial, custody, or child support issues.

What is the difference between an uncontested and a contested divorce?

The uncontested divorce is filed when there are no grounds for divorce in place - like if the marriage has not been legally dissolved or if the couple agrees that it should end. The contested divorce is filed when disputes about who gets what, like child custody, alimony, and property division. Getting a divorce is a very difficult process and should not be taken lightly. It is important to have a detailed understanding of the divorce laws in your state before filing for legal separation or divorce.

The following are some reasons why couples decide to get a divorce:

How can you get an uncontested divorce?

In most cases, uncontested divorces are the result of mutual consent between the two spouses.

However, it is possible for a divorce to be contested when one spouse does not agree to the terms of the divorce. In this case, there will be a court hearing that will determine who is entitled to what in terms of property ownership, support payments and custody rights for children.

How do you get a contested divorce?

When a couple decides to file for divorce, it is usually done through an uncontested filing. But sometimes, the decision is not mutual, and both parties disagree. In a contested filing, a couple must demonstrate that they have a good reason for their decision to divorce.

In an uncontested filing, both parties agree to the divorce, and there are no disputes over property or child support payments. However, in a contested filing, one party claims that the marriage is irretrievably broken due to domestic violence, adultery, drug abuse or other reasons. Other times it might be because one spouse does not want to continue living with their partner anymore due to irreconcilable differences or because of big life changes such as moving out of state or getting married to another person.

How have divorced laws changed in Canada?

In the future, divorce laws will change. For example, a couple will not be able to get a divorce on the grounds of adultery without proof from a third party. Divorce rates in Canada have been increasing, and people are living longer. People are also having more children than previous generations, which is contributing to an increase in the number of divorces per year.

As of 2021, divorce in Canada is an uncontested process, with the minimalistic required documentations. There are two reasons why a divorce can be uncontested:

Why might an uncontested divorce be the right move for you?

There are different reasons why one might decide to go through with an uncontested divorce, but according to experts, it is usually a smart move that could save you a lot of money and time in the long run.

When choosing an uncontested divorce over a contested one, there are three main factors that come into play: financial security, children's well-being and keeping your family together.

If you live in an area where divorces are more common, and there is a contested divorce rate of 60% - If you are considering an uncontested divorce, it is most likely best for your family's needs. You may need to contact a lawyer for advice or find additional information online. As with any legal issue, you need someone with experience and knowledge to guide you. Make sure that the lawyer is reputable and has a good track record of success before hiring them. You can check their credentials and reviews online to see if they're worth it.