12 Things to Know Before Filing a Sexual Harassment Lawsuit 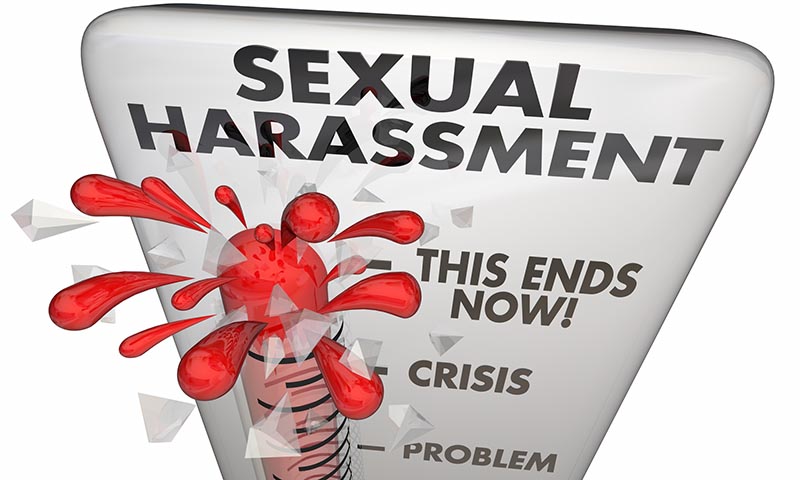 Sexual harassment may make you feel like you're alone, but unfortunately, it's more common than you might believe.

Maybe it's because so many people internalize their feelings when they experience it. After all, we're taught by society to believe that harassment is a misfortune - it's not as bad as stalking or assault. So why talk about something that's "not that bad"?

You don't need to live with sexual harassment. No one does. This isn't just our opinion - Canada considers protection against harassment to be a human rights issue.

It's your right as a human being to live and work in a space where you're not the victim of sexually charged comments, inappropriate behaviors, or retaliation for choosing not to respond to another person's advances.

Because Canada believes in equality for all Canadians when it comes to sexual harassment, it's easier to file a harassment lawsuit to remedy your issues.

We understand that filing a harassment lawsuit may still sound scary, so we've put together a list of 12 things to learn before you start the process.

1. Identify Whether Your Treatment Is Harassment

The Alberta Human Rights Commission provides a list of examples of potential harassment. The list isn't exhaustive, but it should help you determine whether what you're experiencing is gender-based harassment.

Perhaps you identify with one of these behaviors:

Sexual harassment can be expressed in many ways, from very subtle to very obvious, through any of the following:

This list is by no means exhaustive. Additionally, it also only includes verbal harassment. Harassment can also take place physically.

If you're unsure whether the treatment you've received counts as harassment, speak to a member of your company's HR team or consult a lawyer.

2. Remember: Harassment Is Rarely About Desire

One of the most common misconceptions about sexual harassment is that it's related to sexual desire.

Very often, sexual harassment has little to do with desire but often more with sexual power. In many cases, harassment is more related to hostility or rejection.

For example, a co-worker may demand a hug from you not because they believe you need a hug or they don't understand you don't want a hug but as a display of power and hostility based on their conceptions of your gender.

In other words, they don't do it to be close to you but to intimidate you.

In a study published in 2017, researchers were inspired to learn more about what sexual harassment says about harassers.

However, the most recent study showed that people tend to engage in harassing behaviors more when they were feeling low already. Both men and women were more likely to harass others when they experienced feelings of powerlessness or a loss of power before experiencing heightened power.

For example, a person who suffers under a bad manager for years only to see their manager fired and themselves replacing them. While the person in this scenario won't always become a harasser, they're more likely to become one compared to those in other situations.

The psychological insecurity drives people to abuse their influence to compensate for inadequacies and enjoy a sexual advantage.

3. Sometimes Once Is Enough

Some events are so egregious that once is enough to report it and file a sexual harassment lawsuit.

It doesn't matter whether it's happened once or twice or it's happening to someone else - reporting it is often the only way to change the behavior. The next few steps will guide you through the process.

4. Start by Talking to the Harasser

The first step to take is to speak to your harasser yourself - if this is an option for you. In some cases, informing the harasser that their treatment of you not only makes you uncomfortable but constitutes sexual harassment, they may change their behavior.

It's not always possible to talk to your harasser about the issue. If you believe this to be the case, then it may be time to escalate the problem and get others involved.

If you have reason to believe speaking to the person yourself is either dangerous or confronting them will only make the problem worse, then move up the chain. Tell someone else, such as a manager or supervisor or the HR department.

You should also follow this course of action if you were able to talk to the person, but their behavior hasn't changed.

Your workplace is required by law to have a procedure for dealing with sexual harassment in the workplace if there are six or more employees.

Even if your supervisor isn't aware of the finer details, they can pull it from company records to become up-to-date.

6. Know That Your Harassment Counts

Unfortunately, even in today's world, many people are unsure of whether the treatment their subjected to counts as harassment.

Often, it's because few of us encounter a legal or formal definition of sexual harassment before we experience this harmful behavior. However, the confusion is often stoked by the way society treats victims of harassment.

"They're just being friendly."

"Don't take it personally - they do this to everyone."

These are mere excuses for poor or illegal behavior. They're intended to explain the harassers' actions away, but they don't mean that what you're experiencing isn't real or very wrong.

Remember, sexual harassment is a violation of your human rights.

The Supreme Court of Canada considers harassment to be:

"unwelcome conduct of a sexual nature that detrimentally affects the work environment or leads to adverse job-related consequences for the victims of harassment."

Canadian law on sexual harassment has evolved significantly over the past 15 years.

While these cases were previously dismissed and tossed aside, they are taken seriously today.

What does that mean for you? If you've been through this before - know that times have changed. If an older, trusted person who has also been there tells you that nothing will come of your complaint, know that laws have changed.

Here are a few things that have changed since the 1980s:

The seriousness of your case isn't just a reflection of this moment in history: it's enshrined in various Canadian laws.

8. The Harassment Doesn't Have to Be Sexual

Sometimes, sexual harassment occurs in a form that doesn't consist of rude or inappropriate comments or requests.

Sexual harassment has several forms, and it's different to being poorly treated.

So, what's the difference between being treated poorly and being sexually harassed?

It depends on your relationship with the harasser. Here's an example:

Perhaps you previously had a romantic or sexual relationship with a colleague. As many relationships do, yours came to an end - mutually or otherwise. If your colleague retaliates against you because your relationship is over, then it may count as sexual harassment.

For example, if you carried out a relationship with a manager, and now they make a point of verbally criticizing you - both personally and professionally - in front of your colleagues, then it may be sexual harassment. It is harassment if the person does so because your relationship ended.

However, a relationship did not need to occur for harassment to count. If a co-worker asked you out on several dates or to spend time with them - and you refused or then refused their advances once with them - and they then retaliate at work, it may constitute sexual harassment.

It's important to remember: a person doesn't need to make unwanted sexual advances to sexually harass you. Punishing you for refusing their advances or ending a sexual relationship is also sexual harassment - and it's wrong.

9. Sexual Harassment Is a Violation of Human Rights

"Every person who occupies accommodation has a right to freedom from harassment because of sex, sexual orientation, gender identity or gender expression by the landlord or agent of the landlord or by an occupant of the same building."

"Every person who is an employee has a right to freedom from harassment in the workplace because of sex, sexual orientation, gender identity or gender expression by his or her employer or agent of the employer or by another employee.

10. Sexual Harassment Is Part of a Culture

Although Canada has progressive policies on sexual harassment, policy alone won't stop it from happening. It's not enough to allow victims of harassment to pursue remedies as a result of their treatment.

Sexual harassment in the workplace will only stop when our culture no longer allows it.

By reporting your harassment through a harassment lawsuit, you're standing up for victims everywhere.

We understand that the damage has already been done - you've already suffered. However, these lawsuits and complaints are necessary because they remind everyone going through it that it's not okay - its part of a broken cultural system.

11. Employers Should Prevent It - Not Just Punish It

Because sexual harassment is part of a culture, it's essential to work together to prevent it before it wreaks emotional havoc and undue suffering on innocent parties

Your organization should be committed to a culture that emphasizes respect for everyone and the inclusion of women.

Working towards that end doesn't just create a workplace where women (and men) are comfortable coming forward about sexual harassment. Preferably, it prioritizes a power balance that is equal and presents women in real positions of responsibility and authority.

12. You Can File a Civil Harassment Lawsuit

If you find a harassment lawsuit is the best way to begin to remedy your situation, you don't necessarily need to follow the path of a criminal suit.

A civil harassment lawsuit is also an option - and it's now more widely available because some limitations have been lifted. In 2017, the government lifted the limitation on time-sensitive harassment lawsuits, meaning you can file a lawsuit over a case that happened years ago.

Additionally, defendants can be put on the stand whereas they may be sheltered in a criminal harassment lawsuit, they may be shielded.

Ultimately, it allows you to provide the whole picture where a criminal suit may focus on only one part of the story.

Are You Ready to File a Harassment Lawsuit?

Sexual harassment is wrong, and Canadian law protects you from it in the workplace. It's more than wrong, though; it's a violation of your human rights. While set to an objective standard, the person claiming the harassment will need to prove their claim; in a court of law, using the adversarial process which can be emotional and difficult. Our firm also works on a private retainer basis, which means we collect a retainer of several thousand dollars in advance of rendering work on an hourly basis; which means these claims are not only emotionally draining but can be financially exhaustive as well.

If you're unable to work out a remedy for yourself and your employers, you can consider choosing a harassment lawsuit. To learn more about your rights and potential legal recourse, contact Verhaeghe Law Office today. We are here to help you.