When can a child decide which parent to live with in Alberta? 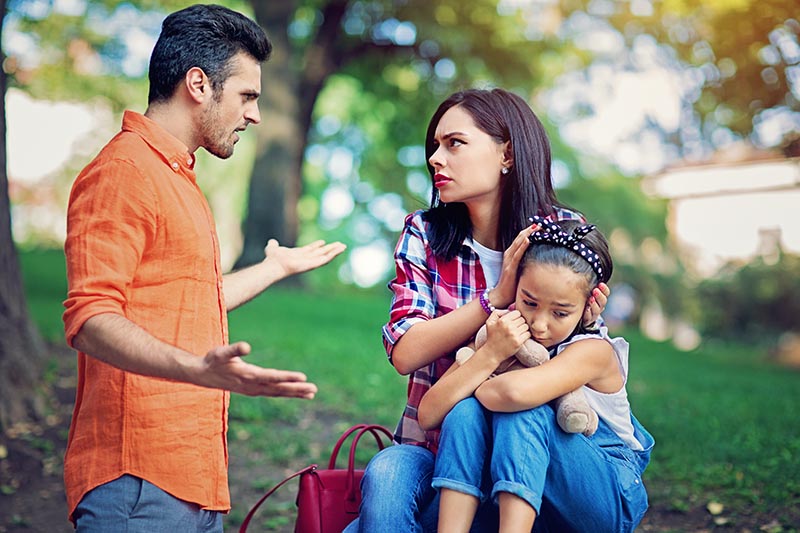 Divorce is a very complex and emotionally straining process, especially when involving children. However, when these children are old enough to understand what is going on, be aware of the divorce circumstances involved, as well as the potential impacts to their own living situation, the process can become even more difficult.

An older child can have their own preconceived perceptions of life after a divorce, driven by the things they’ve seen and heard when listening in on their parents or being around discussions and/or arguments. Similarly, it’s often that the child’s emotional needs are not taken into account as a top priority when their parents are either separating or divorcing, thanks to the heat these proceedings can generate.

During the divorce process itself, many children will often express preference over which parent they want to live with. Whoever a child feels closest to, or safest with, will always be their preferred guardian, and this can make arranging custody and access tricky to do. One parent may feel that the other parent is influencing their child, and vice versa, and may feel like they will be subjected to a poor arrangement following the divorce's finalization.

And seeing as the innate nature of a divorce can be tumultuous and fuelled by constant disagreements, it is highly recommended to involve an Alberta divorce lawyer when it comes to dealing with parenting plans or child custody arrangements. Lawyers can make these arrangements much easier to come to, and can provide plenty of relevant advice on the pertinent child care questions you haven't been able to resolve.

If you're curious about when a child can decide which parent they want to live with, and what weight their voice holds when going through divorce courts, we've listed our own legal advice below to help you come to an arrangement that makes sense for your family.

The Relevant Legal Framework in Alberta

It's often thought that a child who is aged 12 and over has the right to make a choice about which parent they want to live with. However, this is simply not true, and the reality is a lot more complicated. In Alberta, a child is considered to be any person under the age of 18, and only their parents or the Court can make the decision on where they live until this age is reached. At this point, a child is classed as a legal adult, and only then can they make a decision on their own living arrangements.

Furthermore, the Federal Divorce Act controls custody and access arrangements, whereas Alberta's Family Law Act addresses parenting times and other relevant items. However, these laws are still incredibly important to the family arrangement decision. The Family Law Act states that the Court must take a child's wishes into account when considering where is best for them to live, and the older, more mature the child is, the more weight is given to their wishes.

Canada has since ratified the United Nations Convention on the Rights of the Child, which dictates that children who are able to formulate their own opinions have a right to freely express their views on the matter of divorce during legal proceedings. Indeed, there are various examples of Canadian family law decisions which specially cite this obligation. In such cases where child intervention is required, including adoption by a third party guardian, Alberta's Child, Youth, and Family Enhancement Act will apply.

It's important to note that the Canadian legal framework enforced by Alberta Courts will always prioritize a child's best interests as the main determining factor for which parent a child will live with. A child's wishes will always be given weight, but they won't ever be the only factor taken into consideration. Judges will take it upon themselves to consider many other factors concerning the family when debating the question of who the child gets to live with, and then what kind of access will be given to the other parent.

The Courts will take many different elements into account when deciding which parent will get custody over their child. These include, but aren't limited to:

Living arrangements after a divorce: the role of the child's voice

As mentioned earlier, a child can often vocalize their preference of which parent they would prefer to lie with. This preference can change or evolve over time due to a variety of factors, including wanting to stay in their childhood home, or stay at the same school they're used to due to previous relationships they've established there. This is something the Courts will take into consideration as well when finalizing child custody arrangements.

The weight a child's voice has when it comes to the Court's final decision will depend on the maturity level and age of the child in question. Although it's important to note that the legislation does not define a minimum age, there are numerous reported cases in law that implies a child's wishes should 'definitely be considered' by the age of 12, which is often thought to be that important maturity level (according to Albers v Albers, 2011 ABQB 456). However, a child as young as 10 years of age can also have a voice at times (according to RM v JS, 2013 ABCA 441).

Typically, children who are aged 5 and under will not have much weight to their voice, but when a child is aged between 14 and 17, their opinion on the divorce and where they want to live will be a very important factor in the Court's consideration.

Similarly, it is important to have evidence demonstrating that the child in question is mature enough. If it is appropriate to do so, this can be accomplished via the use of a 'Voice of the Child' report, where a qualified psychologist or counsellor meets with the child and documents their views and preferences. In some cases however, this report will not be appropriate, particularly if the child undergoing this evaluation will be placed in an uncomfortable position, or they are too young to be able to express their views surrounding these complicated notions effectively.

When this report is finalized, the judge will apply the law depending on the circumstances of the family, and ultimately decide whether the child's preference over their living situation is in line with their best interests. However, even if one parent is granted 'primary care', the other parent will usually be allowed to see and have access to the child, as well as enquire about their care and well-being depending on the circumstances, and still be able to make decisions revolving around the child's care.

In the midst of divorce proceedings, or just after an amicable separation, the time comes to decide who, what, and where will provide for any children you have together. Many people can feel like this is an impossible step in the divorce process, as one parent may have different aims to another, and coming to an agreement can take a long time.

When it comes to putting together an acceptable and beneficial parenting plan, the Courts will always act in your child's best interests. If you and your ex partner or spouse are unable to come up with an agreed parenting plan off of your own backs, it's up to a Judge to decide the best schedule for your child's care. Above all else, the Judge will want to ensure that the child in question comes to no harm under the care of the parent they're placed under, and that this parent is the one best able to provide for them.

Both physical and emotional needs come underneath this umbrella. The Courts need to know that either parent being considered is able to provide things such as long term shelter, food, and clothing, as well as a child's freedom to express their emotions, and maintain a relationship with both of their parents.

As one of their parents yourself, you may feel that you can provide all of these things, and more. However, the Courts will take into account the living circumstances of both parents involved, and determine which one is best suited to be the child's permanent guardian. This can be a complicated process, and it can involve a lot of emotions from all parts, but both the key elements listed above and the role of the child's voice come into this decision as well.

This can be a very hard adjustment to make, and it's why it's always recommended to speak to a divorce lawyer during these lengthy proceedings.

Speak with an Edmonton Family Lawyer today regarding your parenting arrangement

Here at Verhaeghe Law Office, our Alberta Family Lawyers have long term experience in assisting families in resolving their divorce needs, as well as any other specific family circumstances, as amicably as possible. Our lawyers know just how hard it can be to come to a mutually beneficial decision when a child is involved, and it remains our priority to ensure their best interests are always placed first.

We're here to help you help your family, and to settle your child's life as soon as possible after an event like a separation or divorce. To better understand how we can assist with your parenting arrangement, contact our law firm as soon as you can by calling 587-410-2500, and speak directly with a divorce lawyer regarding your child custody arrangements.