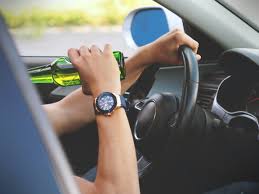 In Canada, driving under the influence (DUI) has been considered a federal criminal offence since 1921, punishable under the Criminal Code if the driver's blood alcohol level is higher than .08 within two hours of ceasing to operate a motor vehicle. You can also be charged if you refuse to have a blood or breath test as requested by the police officer on the scene. When you are charged with a DUI offence, the officer will provide you with a document known as a "Promise to Appear", which will indicate your court appearance date. Another scenario may be that you are allowed to leave without charges, only to receive a summons in the mail afterwards. This will also indicate the date on which you need to appear in court, and it indicates that you have been charged with an offence. In some cases, you may be charged with both a criminal offence and an ADP - a 90-day administrative prohibition issued to drivers who are suspected of impaired driving.

What Is The Difference Between An ADP And A DUI?

An ADP is essentially an administrative charge, issuable under the Motor Vehicle Act. The law has changed, in that in the past, an ADP could only be issued if the driver had a reading that was higher than 0.8. Today, if the driver had a reading of exactly 0.8, they could receive an ADP. As is the case in the Criminal Code, the law covering ADPs also extends the offence to the time frame within two hours of driving. Although the law covering ADPs was initially aimed at drivers whose abilities were impaired by alcohol, it has adopted specific drug-involved offences. For instance, it has imposed a prohibited level of 5 nanograms of THC per 1 ml of blood. Other limits are imposed for other drugs, including ketamine, cocaine, and methamphetamines.

Why Is Hiring A Lawyer A Good Idea?

Hiring a lawyer for DUI offences or when you are issued with an ADP, or both an ADP and a DUI, is key, especially given that DUI laws do change over time. This is because there are very specific time limits that can have a major effect on your life when you surpass them. For instance, if you are charged with both a DUI and an ADP, your court date may be months away, but you will still have just seven days to dispute your ADP. Both charges also have very different rules and regulations governing them - including rules with respect to evidence. Your lawyer will ensure that you comply with all obligations as early as possible, and will see if there are any flaws in the way your evidence has been collected or processed. They might be able to have specific evidence excluded, which could result in a reduction or dismissal of charges.

How Can A DUI Or ADP Affect Your Life?

Both charges can have a serious effect on your livelihood, especially if you are deemed to have committed a felony. This will increase the time that your licence is suspended for, and will result in you having a criminal record. Any future employers who run background checks will have access to your files.

Changes to the DUI Penalties in Alberta

The government of Alberta is currently proposing new penalties for drivers charged with a DUI. Bill 21, the Provincial Administrative Penalties Act, will grant police the right to give first-time offenders with a blood alcohol reading of .08 or higher, a fine of $1,000. First offenders will also face a 30-day vehicle seizure and have to complete a mandatory education course. This would be in addition to existing penalties, which include a 12-month licence suspension and the requirement to use an interlock system for 12 months. However, in the absence of aggravating circumstances, the driver will not be charged criminally. Under the new rules, those caught a second time will face criminal charges and receive an additional $2,000 fine. Finally, those who commit this offence a third time will face a $2,000 fine and will have to use an interlock system for life.

If you are charged with a DUI or ADP, seeing a lawyer is always a good idea. This is because both charges have different rules and regulations, and in some cases you may need to act fast. A lawyer can help reduce or dismiss charges if evidence has been erroneously collected, or if your constitutional rights have been violated during your arrest, so ensure you are as well advised as possible.