What does Joint Custody mean in Alberta? 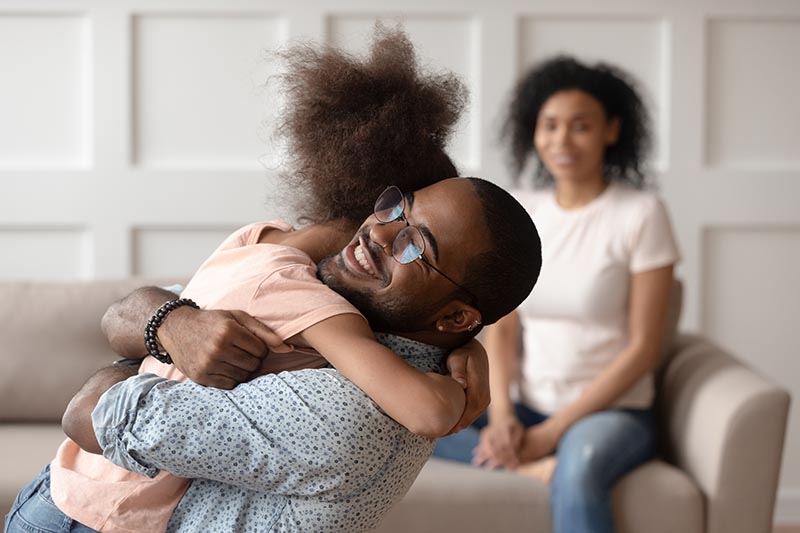 Joint custody disagreements are very common during divorce proceedings and can be emotionally charged discussions. We recommend hiring a divorce lawyer if you and your spouse are having disagreements regarding your child custody arrangements. This article is not intended to act as legal advice but briefly goes over what joint custody means in Alberta.

In Alberta, a child is any person under the age of 18 and their custody or access are governed by

Sorting out the legalese

The legal jargon varies between Canada’s federal laws and Alberta’s provincial laws. The terms “access” and “parenting” refer to rights for parents to have time with the child in federal and provincial laws respectively.
Whereas custody relates to the ability of a parent to make daily and major decisions in relation to their child including their living arrangements and parenting schedules. The overarching principle in both laws are that all decisions involving the child are made in the child’s “best interests” factoring in their physical, psychological and emotional safety.

Joint custody: The most common arrangement

Joint custody is the most common arrangement in Alberta and ensures both parents have a clear voice in critical decisions regarding their child. The success of joint custody arrangements is highly dependent on the co-operation of both parents.

In most cases, joint custody is agreed upon by parents where the child’s best interests are always placed as the priority. In the absence of a parenting agreement or order, “joint custody” is the de facto arrangement where both parents make decisions about the child together and are entitled to spend time with them.

The parent with whom the child(ren) spend most of their time has “primary care and control” and from a practical perspective makes day to day decisions involving them. The other parent has “access” which means they spend time with the children and is responsible for day to day decisions when they are with them. For instance, the child could live with one parent 90% of the time and both parents still have joint custody, based on a joint decision to enable the child going to one school.

There are some rare situations where sole custody may be preferred. Even in such cases, the parent without custody may still have access to the child.

Determination by the Courts

If two parents can mutually agree on guardianship arrangements after separation, it is always helpful to document this understanding in a legally-binding parenting agreement. This written contract will address a variety of decisions including where the children will live and how each parent will care for and make decisions for the child, in their best interests. It takes into account practical considerations. It’s recommended each parent seek independent legal advice before signing a parenting agreement and the agreement can be made enforceable by filing a Consent Order with the Court.

In cases where parents cannot reach a mutual agreement or scenarios involving family violence and abuse, a judge can issue a Parenting Order. The Courts can determine custody according to a few key factors including but not limited to:

At Verhaeghe Law Office, our Alberta family lawyers are experienced in assisting families navigate the legal complexities surrounding joint custody disputes. To better understand how we can assist with your parenting arrangements – contact our law firm today by calling 587-410-2500 and speak directly with a member of our legal team.