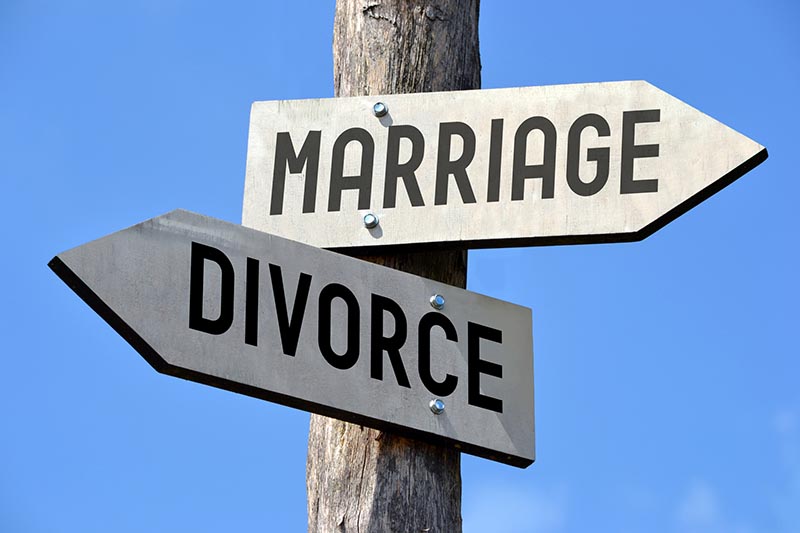 According to 2016 Canadian census data, 40% of Albertans over the age of 15 are not married nor in common law unions and 8.3% are legally divorced or separated. When focusing on the long-term trend of married Canadians only, the data indicates almost 40% of Canadian marriages may end up in divorce. Attitudes towards divorce have reached record levels of acceptance and is not shunned upon societally as it used to be. More and more individuals are also getting prenuptial agreements in place – making the divorce and separation process as seamless as ever. At Verhaeghe Law – our Alberta divorce lawyers have seen many reasons for divorce and separation. Here are some of the most common reasons we have found over the years.

Here are the top 5 reasons for divorce in Alberta, and, not co-incidentally, nationwide:

In Canada, divorce laws were streamlined and modernized in both 1968 and 1985 facilitating a greater number of divorces. The federal Divorce Act provides only one legal ground for getting divorced – the breakdown of the marriage – which can be proven three different ways.

Typically, regardless of the true root cause, the “no-fault” divorce is the most commonly cited reason due to its straightforward nature. In Alberta, Statistics Canada shows 98% of divorces in 2005 cited one-year separation as the grounds for divorce.

At Verhaeghe Law Office – we always advise our family and friends to prepare marriage agreements or cohabitation agreements before getting married or moving in with your significant other. It’s a great way to safeguard your individual interests in the event of a breakdown in the relationship. You may benefit from marriage counselling or couple therapy prior to making a final decision regarding separation or divorce, depending on the circumstances. If your differences remain irreconcilable, you should speak with a family law expert to know your rights.

Regardless of the reasons for your divorce, speak with an Edmonton family lawyer today regarding your family law needs.

Our Edmonton family lawyers at Verhaeghe Law Office our divorce lawyers have helped thousands of people across Alberta with their divorces. To better discuss how we can assist with your legal needs please contact our law firm today by calling 587-410-2500 and speak directly with one of our divorce lawyers.