Can a Married Person Still Be an Adult Interdependent Partner? 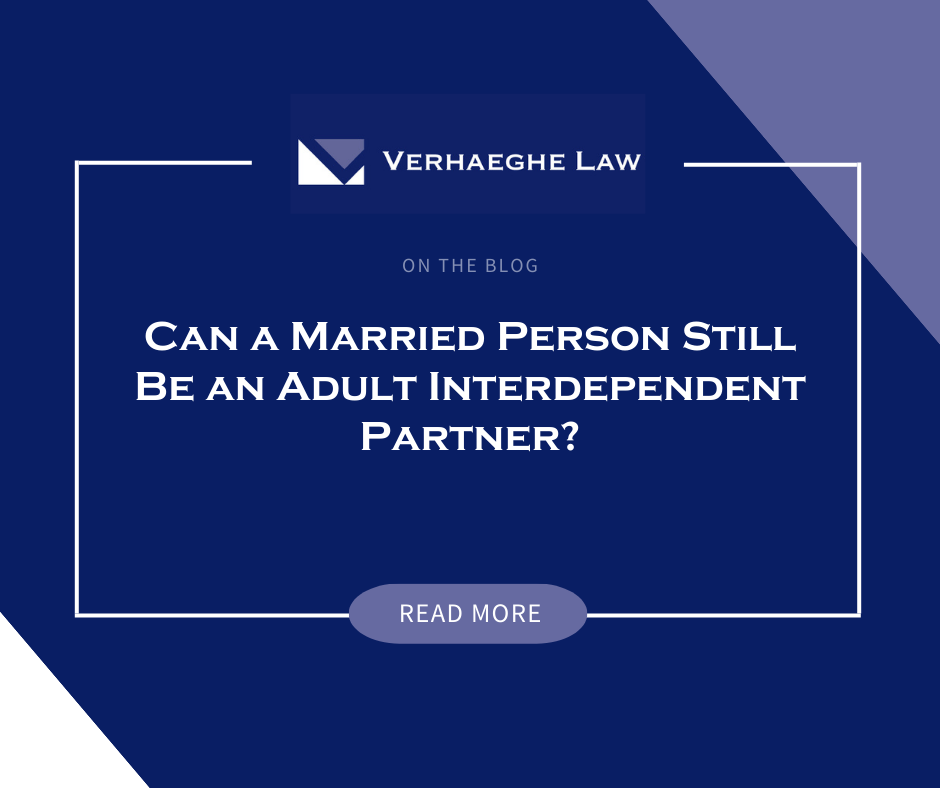 Under Alberta’s Adult Interdependent Relations Act, an adult interdependent relationship (formerly known as a common law relationship) exists when two unmarried people live together and share in each other’s lives as a married couple would for at least three uninterrupted years. Couples can also be considered adult interdependent partners (AIP) if they have a child or have entered into a partner agreement. Upon separation, AIPs have the same rights and obligations as married spouses.

But what happens if one of the partners is still legally married to someone else? A recent Court of Queen’s Bench of Alberta decision, Mitchell v. Reykdal, 2021, explored whether a married person could be an AIP to someone other than their spouse.

Whether you are seeking legal assistance with a divorce or separation, or would like to discuss your questions or concerns, contact our Edmonton family lawyers today to schedule a consultation.

An Overview of Mitchell v. Reykdal

David Reykdal (“David”) led a double life, deceiving two families for almost two decades. One family comprised his wife, Diane, and their three sons. Throughout his marriage to Diane, he also conducted a 17-year relationship with Gwen, who had a daughter from a previous relationship. David could live this double life due to his job as an oil and gas industry worker, which regularly took him away from home for weeks at a time.

When David and Gwen eventually separated, she filed a Statement of Claim seeking partner support and other damages. After consulting with counsel, it was revealed that David was still married and had lied to her about divorcing Diane. Gwen knew that he had gone away to see his sons but did not know that he was returning to the family home.

Despite the deceitful nature, the Court chose not to focus on the morality of the case but rather on whether Gwen could be considered an AIP and, if so, to what level of support she was entitled. It ultimately came down to the Court’s definition of “living with” in section 5 of the Act, which states, “A married person cannot become an adult interdependent partner while living with their spouse.”

At trial, David attempted to characterize Gwen as his mistress. However, the Court found David to be in an interdependent relationship with Gwen, despite his ongoing marriage to Diane, based on factors that included:

Upon the finding, the Court determined that Gwen was entitled to AIP support.

Contact Our Edmonton Family Lawyers Today for a Consultation

If you are considering separation or divorce, our Edmonton family lawyers may be able to help you understand your options. Contact us today for more information and to schedule a consultation.

* Please note that the information in this article is not intended as legal advice but rather as a general overview of family law. If you are seeking legal advice, please consult with a lawyer.